The Science of Striking 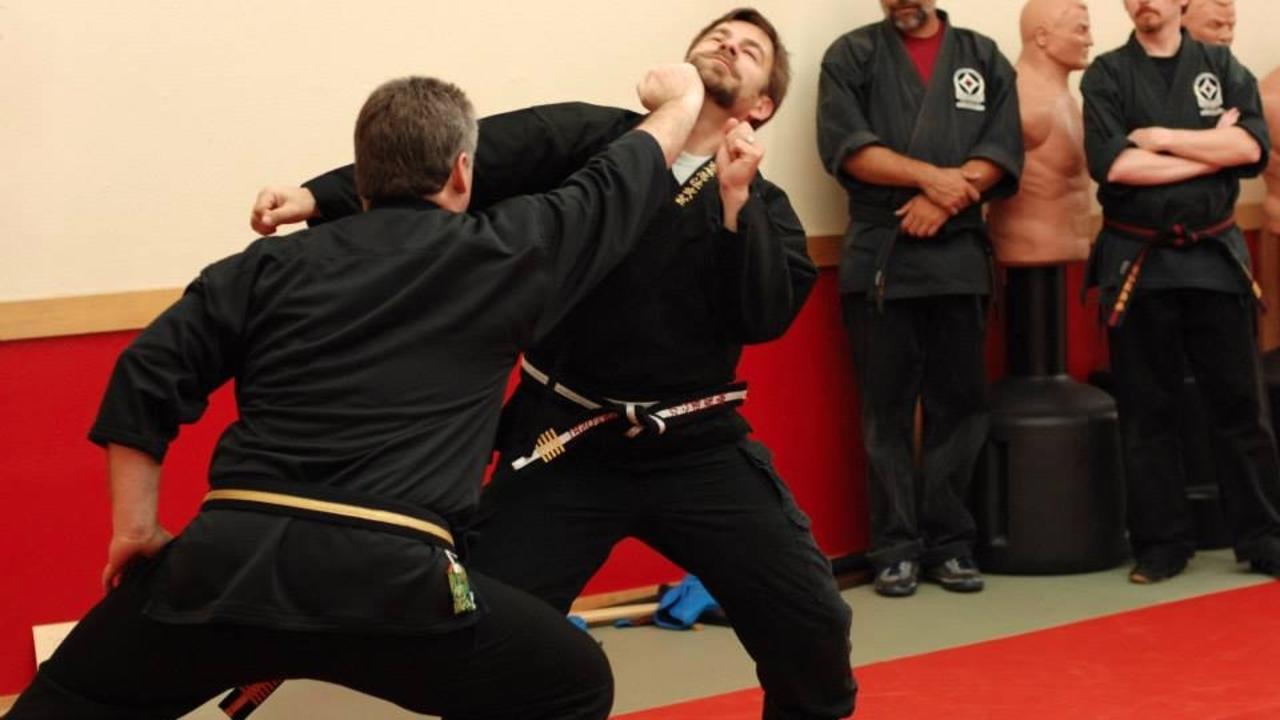 We had a question about striking in class recently from a newer student who had trained in boxing and karate. We were doing some pad work with jabs and cross punches. He made note of how different it was from what he had done before.

It seemed to him that the difference between the styles of punching he had learned and what we were teaching him was that they have different main purposes. He felt in boxing and karate the idea was to try to overpower your opponent, so the mechanics are designed to hit with as much force as possible. To him at this early stage it seemed the focus of taijutsu was more on controlling space and balance.

My response was that actually the difference is in the mechanics not the purposes. Taijutsu is capable of hitting with very great force while at the same time having the benefit of still being in good balance and cover.

The average adult’s arm is 6% of body weight, so in my case I weigh 250 pounds, my arm would be 15 pounds. Using my body weight behind my punches (even if I only get 30% of it behind) and using gravity for the acceleration, which is how taijutsu works, my force generated would be:

If I put my arm’s weight of 15 pounds into the equation the acceleration I would need to equal this would have to be FIVE times the speed of gravity. That is not going to happen. My muscles cannot generate that much speed.

Taijutsu will overpower most any target. It just does it with elegant mechanics that don’t need to use force to create force. One of the ways to practice this is to use ideas from kenjutsu (sword work) to make sure your strikes are done with taijutsu.

Remember our system was developed on the battlefields of ancient Japan. There were not many reasons to fight unarmed. Its one of the beauties of our system, no matter what weapon you use or if you are armed or unarmed the taijutsu is the same.

To take advantage of this when practicing strikes I ask myself how would I move if I had a sword in my hand instead of just a punch. Would I being snapping my hand forward from the shoulder or would I being sinking into gravity to pull my weapon out in front of me? After I make contact with the target I check my alignment. If I put a sword in my hand at that point would I be in correct kamae?

These ideas helped me to discover how to delver very powerful tsuki, omote shuto, and ura shuto strikes. From there it is easy to take the concepts to all the other strikes.

If you want to learn how to kick really well…pick up a bo staff.