Whose Thoughts Are You Thinking? 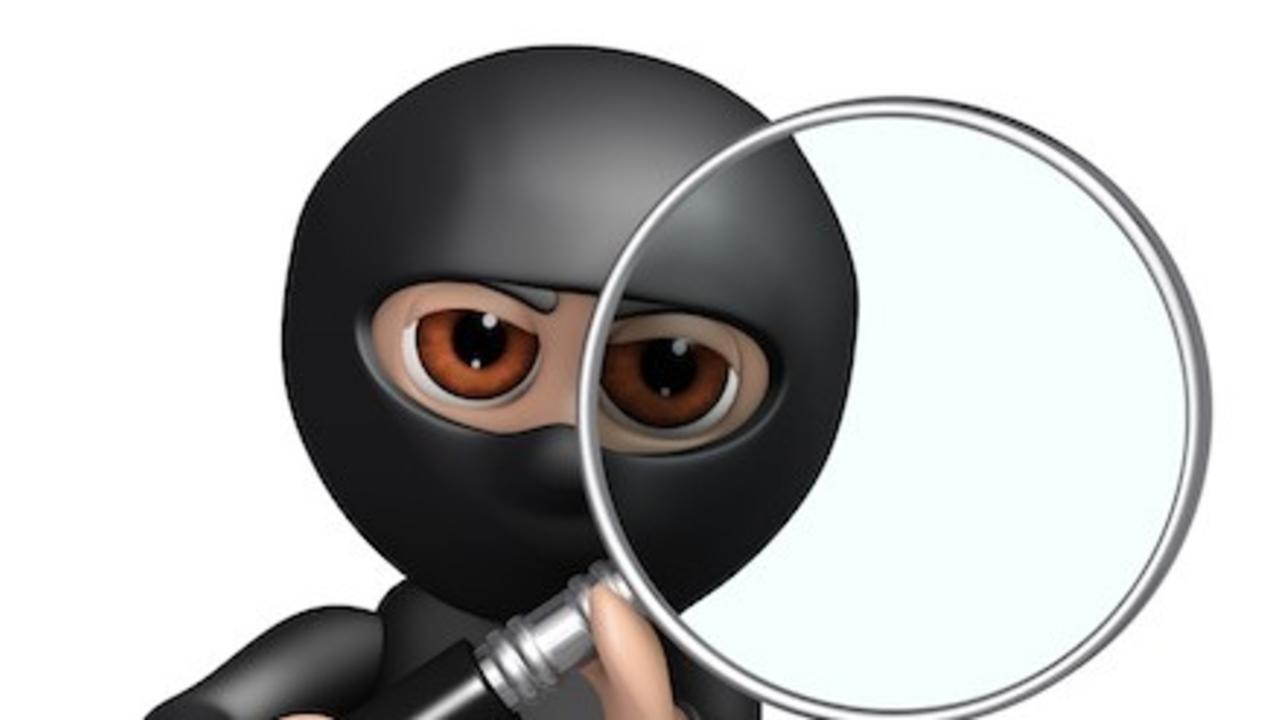 One of the side effects of teaching our ninja martial art is that you get into the habit of observing people, how they move and what they say, not just while training but in every day situations too.

I was listening to a number of people talking about politics. One person in particular kept making statements as his own that I know came from a political pundit on a TV show that I had seen. As I listened I started to think about our words and thoughts and questioned…whose thoughts are they?

With television, the Internet, political spin-doctors, religious zealots, scientific proponents, teachers, friends, parents, peers, spouses and all the other influences out there acting on us, are any of us thinking our own thoughts?

As an exercise I began to track my own thoughts. I picked a subject at random then tried to write down three ideas I had about that subject, so far not too difficult.

The next part though was enlightening. I tried to remember where I got my ideas for this...

I had friends come down from Quebec Canada for some private training. They are very devoted practitioners, who every few months, drive over seven hours to train for almost eight hours then turn around and drive back. Each time they come we explore what they know to find what they don't know. These are never 'pat on the back' sessions where they leave feeling good about what they know. The sessions are not easy and I have great respect for them going through these with me.

Each time we train together they are honest with themselves about what they think they know being just that, what they currently think. I am honest with them and let them know that what I am showing them is my understanding at this time and will change with time. We work through the mind's natural desire to say 'this is what reality is', to remove another layer of delusion and try to see more clearly the taijutsu of our art.

So many people train for five to ten years, what seems to me now a relatively short time,...

Going Through The Motions

Last week we spent a lot of time at our dojo working on being a good attacker and throwing real punches at our training partners. Although this doesn't sound like it would be difficult, from beginning student to highest ranked practitioner, all had a difficult time with this. From my perspective they were all just going through the motions.

The problem was not a lack of trying, or of physical control, or even of lack of focus. It was a problem of goals. I'll give you an example by asking you a question. If I was to call you up in a class to help demonstrate a technique with me as uke and asked you to hit me what would be your goal?

All of these are correct but not the goal. Because these comments didn't get the proper attack I was looking for. Sometimes the attack wouldn't be on target, sometimes it stopped as I moved out of the way, sometimes it tracked...

My teacher, Mark Davis, had me start a training group for some people, who couldn't make it to Boston, in New Hampshire in January 1992. I can honestly say I didn't have a clue what I was doing as a teacher at that time. It was okay though because I was honest with my group and explained that if they were willing to experiment with me I would share what I knew but that it came with the condition that it was my understanding as of that point in time.

I hear many people say that they want to teach our art some day. And I see so many people trying to help in class by teaching to lower ranked students what they have learned but after twenty-five years of doing this I believe you...

It's always interesting to watch people at festival, new and experienced, while watching a lesson on stage have that moment of what just happened up there. They see something done by An-shu Stephen or An-shu Rumiko and stare in amazement. You hear them ask how did they do that and say it looks like magic.

It is inspiring to all of us to be oohed and aahh’d at what they can do but if you are not careful you can be lulled into the trap that somehow what is being done is special and you are not capable of reaching those levels of training magic. Well it's not magic and the reality is actually even more impressive and hopeful for us all.

During a session this year at festival Mr. Hayes was teaching about getting back into a good kamae from an extremely compromised position. Mrs. Hayes was training with some people to the side of the stage. She was working on this technique with an extremely strong partner. She didn't like the results she was getting. She could make it work but she...

The Illusion of You

We all share the illusion that who we are now in this moment is the end of our personal evolution but every day our experiences change us more than we are aware. Once we accept this daily change we can learn to direct it and become the person we want to be.

When you work backwards in...

Our society has moved toward an educational system that promotes test prep and regurgitation of information. Teachers prepare students to take tests by showing only the material that is on the test so that the students get it right and score well. This creates students who only want to be shown what they need to pass. They are afraid to take chances and be wrong.

Unfortunately this attitude is too often seen in martial arts training also. Teachers who show series of memorized movements and students who only want to know what they have to learn to earn their next belt. Why?

To be blunt it is easier. Teacher and students can move around doing “the exact same steps” and pretend that they are learning and feel good about themselves. No one wants to be wrong but mistakes are the basis of all learning.

If you have been through the To-Shin Do instructor program you know people are so sensitive to being wrong teaching concepts like PCP are used to help students progress despite...

What You Think You See

Go to a mirror and stand close so you can see your eyes. Now move your eyes so you are looking at your left eye then back to your right eye and continue to repeat being aware that you are physically moving your eyes. You will feel your eyes moving but what will you see? Before you read on actually try this.

Welcome back. Most of you are probably a bit confused to downright freaked out. Even though you can feel your eyes moving you didn't see them move in the mirror. Take a moment and think about this, what does it mean?

Understanding this has helped me become a better teacher and...

Every year at the holidays I seem to always receive a desk calendar as a gift. You know the ones with something written on it for each day. This year I got Insight from the Dalai Lama and on Tuesday March 6th this was the quote from His Holiness.

How do we overcome  ignorance, by praying to the Buddha? No, by following the path he showed. As he said, "You are your own master." The Buddha didn't say, "I'm the Buddha. Pray to me." He taught the Four Noble Truths: suffering, its cause, cessation, and the path to it. He taught about lasting peace that can only be achieved through practice. His whole teaching is based on the law of cause and effect; if you want change, create the causes.

As I read this it occurred to me that with a little editing His Holiness's words could easily apply to learning our art.

How do we overcome ignorance, by just wishing to be ninja? No, by following the path created by An-shu. You are your own master and responsible for your own training....

Why are you training? Think about that for awhile and we'll get back to it.

If you are involved in martial arts teaching sooner or later you have the conversation about why so many people quit training after they get their black belt. The answer I think depends on what you believe a black belt represents.

When I started training in the early 80s there were still people asking me if I would have to register my hands as weapons when I got a black belt. They believed anyone with a black belt was a master of the martial arts.

About the same time however the franchise model took over the martial arts business and the era of every kid, when not picking up their soccer trophy, getting their black belt for participation. Once they got it the belt would sit next to the plastic replica of a champion kicking a ball while the child went off to the next item on their parent's list of things they should have.

My perspective of a black belt is someone who has been introduced to all the tools and...